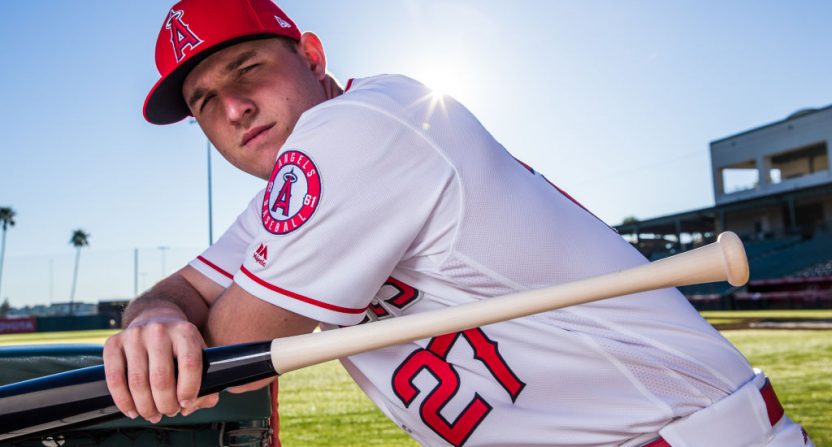 So it’s the start of a new fantasy baseball season and you guys are my team this year. I’m glad to see some familiar names. A few of you were on my team last year and in years past. Welcome back.

Now, about the past before we talk about this year. I’m sorry. That’s all I can say. I have never been a very good fantasy baseball owner. I’ll shoot straight with you: I’ve been a terrible fantasy baseball owner, actually. Fantasy football? I kick ass. But baseball is just a grind for me. You guys go out there every day for six months and compile stats and I’m usually AWOL by the end of April. That’s not fair to you guys and the efforts you make. I know that.

Last year was probably the worst. I set the lineup for Opening Day. Then did it again for Days 2 and 3 of the season. Then I didn’t change it again for a week and by April 15th I completely forgot I had a team. Sad, but true. I literally forgot you existed. I know. It’s bad.

I don’t think it was until late June that I remembered that I had you guys and when I got online and checked out how you were doing — woo boy — blood bath. Dead last in the league by a mile. But I’m not blaming it on you guys. At all. It was me. Whenever I had last set the lineup, I had some of best guys on the bench and there they sat for two months. A guy on the 60-day DL was in the starting lineup. A pitcher who got released was just hanging out in an SP spot every day and a Cy Young candidate was on the bench, collecting 0 points for the team. It was really bad.

After I remembered you were a thing, I updated the lineup, made a couple of waiver claims, all the while knowing it was too late to make up any ground. The season was over and it wasn’t even at the halfway point yet. We were like the fantasy Twins, but far worse. But I at least wanted to field an active lineup for the rest of the season. Do my part to be a responsible team owner. But then the very next day, what happened? I FORGOT YOU EXISTED AGAIN.

A month later I got an e-mail about a trade offer and was like: “Oh, shit! I have a fantasy baseball team! God, I’m terrible at this!” I logged back on to turn down the trade offer — it was a huge rip-off because the guy who made it naturally assumed I was an idiot because the team was in last place — but didn’t even bother to update the lineup at that point. I’m sorry. But it was too humiliating. I never ever checked how you finished at the end of the season. But I’m 100% positive it was last place.

This year I hope things will be different. I didn’t plan to run a team again this season, but I got an automatic re-invite to the league and never got around to turning it down and then on Thursday night, you guys were auto-drafted for me. So here we are. Full disclosure: I legit have never heard of, like, five of you before.

All that said, I’m going to at least try to try this year. Really. There’s no way I’m going to set a lineup every day. That’s insanity. I have an actual job, you know? I think being realistic about things is my best chance. But maybe once a week or so I’ll pop in and move you around a bit? I think the goal is to not finish dead-last but second-to-last. I hope you guys are okay with that vision because I can’t see it going any better.

I know this isn’t how you envisioned your fantasy baseball career going, but I’m the only owner you have. You’re going to have to make the best of it.

Five movies we look forward to seeing in 2023

What were the five worst movies of 2022?

A Disney spinoff of ESPN and ABC is again being floated, with one analyst calling it “reasonably probable”

5 Under the Radar Sports Media Stories for 2023