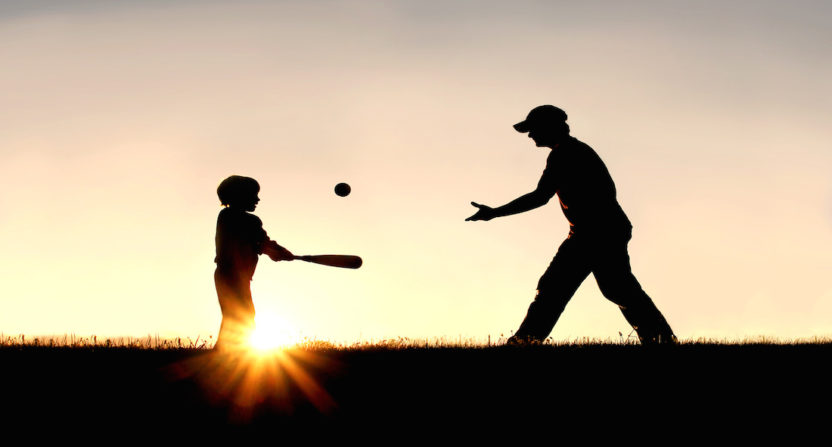 1. Make sure your kid focuses on sports over academics

Yeah, you read that right.

People always want to tell you about the tiny percentage of youth athletes who make the pros. What a stupid argument. ALL children get an education. By law. You want your kid to compete with ALL children or just the percentage that plays sports? Exactly.

And you want to talk about tiny percentages? What’s the percentage of young Americans that grow up to be president? It’s a hell of a lot smaller than the percentage that makes the pros. Plus, your kid doesn’t even have to be a great athlete. He can be some shlubby left-handed reliever, and he’ll make 10 times what the president makes.
Focusing on school over sports is for morons.

2. Have a debilitating injury (or pretend that you have one)

In order for your kid to respect you, you’re going to want to make the case that you were a great athlete in your day. Unfortunately, you weren’t anything close to a great athlete in your day — and your kid will realize that as soon as he or she sees you attempt to play a sport with them. Worse, their athletic confidence will forever be shattered when they realize they are the spawn of this uncoordinated flab bag.

That’s why you have to blame your inability to move or throw in a non-Frankensteintonian manner on a “knee injury” you sustained in the “state finals” back in high school. BUT I CAN’T LIE TO MY KIDS! Really? You lie to them about Santa. Why not lie to them about a fat guy who actually exists?

3. Spend a ton of money on sports camps and travel teams and the best equipment

You want your kid to have the best chance to succeed, right? So you need to give your kid the best of the best. Spare no expense. If anyone sends their kid to a camp that you don’t send your kid to or buys a piece of equipment that is more expensive than equipment your kid has, you’re basically ruining any shot your kid had at making it. Never forget this. Let this guilt drive you.

Then take comfort in knowing that if/when your kid doesn’t make it, that failure is 100-percent on him.

4. Be active to the point of giving yourself an excuse for your own failings

Let’s be honest: life is a non-stop avalanche of depression and failure. It can be tough to take. Sometimes the only way to get out of bed in the morning is to have a good excuse for your own crushed dreams.

Did you not get that promotion at work? Do you drive an old, beat up car? Is your marriage nothing but resentment and disgust? Tell yourself it’s simply because you give so much time to your kid and his athletic dreams. Sure, you could be happy and a titan of industry. But you have your priorities in order, and getting your kid to play on the JV special teams as a sophomore is Job A-1.

5. Give your kid steroids

Here’s another fact: If you refuse to give your kid steroids due to some ethical bullcrap or whatever, you basically want your kid to die of a terrible disease.

Think about it. It’s 30 years into the future. Your kid gets AIDS cancer herpes. Unfortunately, he can’t afford treatments that will save his life because he’s a broke-ass accountant. If only his father would have loved him enough to give him steroids, he would have made millions as a professional athlete and could have afforded every treatment in the world.

6. Be a great athlete

Probably the best gift you can give your kid is great genes. Think of all the current professional athletes with dads who also played pro sports. If you can become a superstar pro athlete, you can pretty much forget all of this other stuff. Yeah, this is definitely the one to do. Be a great athlete. 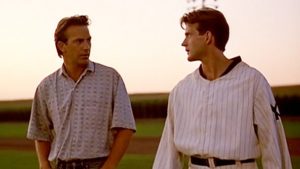 If you screw up along the way, a great way to fix it all is to come back when you’re dead and hang out at your kid’s cornfield baseball diamond and have a catch with him.
Kids love that stuff.