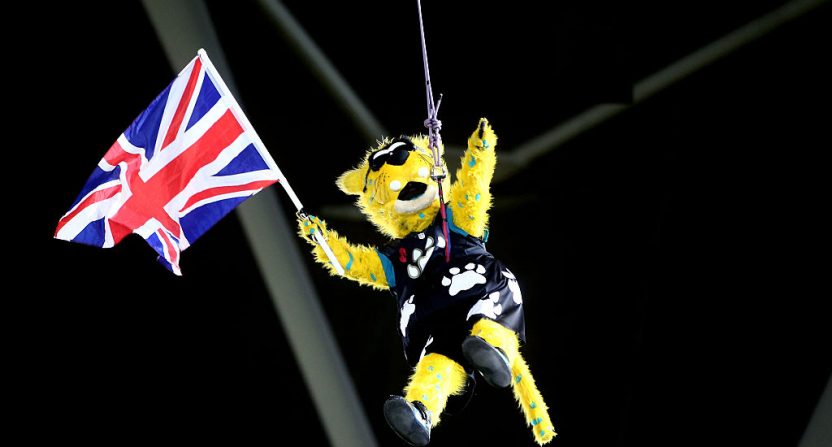 The Raiders are finally heading to Las Vegas, voted there by a near unanimous 31–1 count. Sin City had long been the NFL’s most likely destination town, with Vegas off the table, what other cities most deserve an NFL team?

The people of New England need to remember what it feels like to root for a loser. And while Robert Kraft probably wouldn’t want another team in his market, he could probably accept it if it’s another AFC East division loser for the Pats to beat up on.

Enough with smug Packers fans thinking Green Bay is special because it’s the league’s only small-town ice box. Fargo thinks Green Bay has resort weather. And good luck to Fargo’s opponents trying to score a touchdown when they have to march 50 yards uphill both ways in a snowstorm with potatoes in their cleats to stay warm. The Fargo clincher is all the great local commercials players could film for Gustafson Motors.

South Carolina is the new center of the modern sports universe. They already own the college football and baseball champs and now the men’s and women’s basketball teams are in the Final Four. Let’s give them a chance to dominate the NFL, too — which a South Carolina team could do if they draft DeShaun Watson (and don’t hire Steve Spurrier).

What do you think marketing-savvy Peyton Manning was yelling “Omaha!” for all those years? He was raising the city’s profile so he can swoop in and become the team owner.

The Mormons already helped build the Vegas casino empire. So maybe it’s time to finish off the perception of do-goodery once and for all with the most corrupt thing in American culture: NFL football.

The long-time host of the Pro Bowl, Hawaii residents would finally be able to see what tackling and blitzing looks like. All the games would be at like 11 p.m. Eastern so there’s an entire extra window for the NFL to sell commercials. That alone should be enough for NFL owners to put a team there.

They’d probably name the team the Avatars or the Dumbledores or something stupid(/marketable!) as a corporate Disney connection. And an Orlando team already has a perfect NFL team mascot in Goofy. He’s basically a real-life walking concussion … but for kids!

They tried to steal the Vikings for a decade, and football-mad Texas could use another team. Plus, adding Tony Romo in the expansion draft would help the new team sell tickets to their opener/Tony Romo’s last NFL game.

Putting a team in an international city that doesn’t much like American football has long been the dream of Roger Goodell, noted idiot. Let’s just get it over with. The locals are already conditioned to watching expansion team-quality play thanks to years of being sent the Jaguars and Rams.

This is the last chance to get Tim Tebow back in the NFL. He refuses to suffer the humiliation of playing for a CFL team? Fine. This NFL expansion team would be a slight step up.

New York has two teams. Los Angeles has two teams. Shouldn’t the Second City have a second one, too? Forcing Jay Cutler back on Chicago sports fans seems like a fair trade off for the decade of Cubs dominance they’re about to enjoy.

They say the third time’s the charm. They also say three strikes and you’re out. I say we give St. Louis another NFL team and see which saying is true.

Portland has a rabid fanbase that supports both the Blazers and Timbers well, so they’ve earned their shot at the NFL. And you know Phil Knight is ready to move to the big leagues anyway. Do you have any idea how much money the NFL could make selling the new jerseys the Portland franchise would inevitably roll out every half each week? This is a gold mine.

Los Sicarios would give the NFL an international footprint, but also draw fans from Texas. Games could be simulcast in both English and Spanish and sold as separate contracts, and all the jerseys and merchandise would have to be in two languages for double the revenue. Best of all, the stadium could be built into the side of the new border wall to give it a unique Arena league feel.

Every city deserves a second chance.