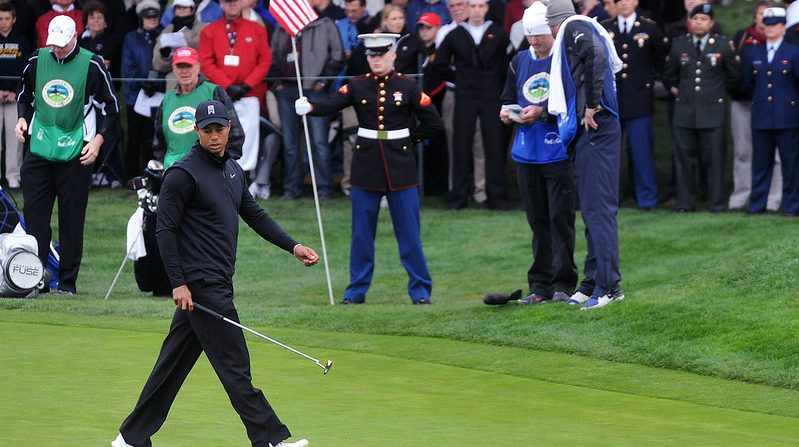 There was mixed news for Tiger Woods fans as their hero released a video showing him swinging a club for the first time since his horrific accident back in February. There were fears that his injuries could be life changing so the footage will come as something of a relief.

At the same time, golf followers have to face the fact that Tiger will be a different prospect if he does step back on the course in a professional capacity. The player admitted that he would have to restrict his global tournament appearances in the future so what can he realistically achieve? If you believe in Tiger, place your wagers at BetOnline!

Tiger Woods would dearly love to win another Major title before he finally ends his playing career. With 15 Major trophies already in the bag, he’s just three behind Jack Nicklaus’ all-time record.

When he won at Augusta in 2019, fans believed that he still had a chance of breaking the record but that road traffic accident in early 2021 has raised serious doubts. There is little support among the sportsbooks where operators associated with sbo.net list Woods among the outside punts for any of the four Majors in 2022.

At the head of those markets, the likes of Jon Rahm, Dustin Johnson, Justin Thomas, Rory McIlroy and Bryson DeChambeau lead the way. If he can make an impression in an early tournament next year, those odds on Tiger will shorten and https://www.sbo.net/ will reflect any changes in those markets.

While checking the figures, visitors can also read up on the latest golf news along with opinion articles on the sport. If readers want to get involved in the markets, they have the opportunity to register with any of the panel of recommended sportsbooks. Each of them are accepting new registrations and many have generous welcome offers in place.

Once registration and verification have been completed, there is a choice of funding methods which will get that account of the ground. Moving forward, ongoing promotions and live streamed sport for funded accounts are among the other potential benefits.

Golf has a useful partner here but, if Tiger Woods is out of contention for the Major tournaments, what’s left for him to achieve?

Stories emerging in early December suggested that Tiger was seriously considering making an appearance at the PNC Championship alongside his son. Scheduled to be played on December 18th and 19th, this is a 36-hole event which is largely contested by former Major winners. They must have a playing partner and parents or children are often co-opted into taking part.

Woods has previous at the https://www.pncchampionship.com/, having taken part with his son Charlie back in 2020. It’s a less than grueling way of getting back into competition but sources close to the golfer state that he still needs to make a call on his fitness.

The Ryder Cup wasn’t necessarily Tiger Woods’ favorite event, even if he did have a solid record here. He was seen as an individual rather than a team player and that wasn’t ideal for a tournament such as the https://www.rydercup.com/

In future years, it would seem a logical step for Tiger to step in as America’s non-playing captain. His presence is certain to inspire the team and all of that knowledge can help to push Team USA to victory.

He’s been named as a vice captain of the side in the past and it would, therefore, be logical for Woods to take the step up.

Been There, Done That

Even if Tiger Woods fails to win another professional tournament, there’s no doubting the fact that he’s one of the best golfers that the sport has ever seen. Had it not been for injuries and personal issues away from the course, it’s likely that he would have already overtaken the record for most Major wins.

That incredible comeback victory at Augusta in 2019 was further proof that we were watching one of the greats. It may be the case that a further title is beyond him but, whatever happens, the legacy of Tiger Woods as a sporting legend will remain intact.