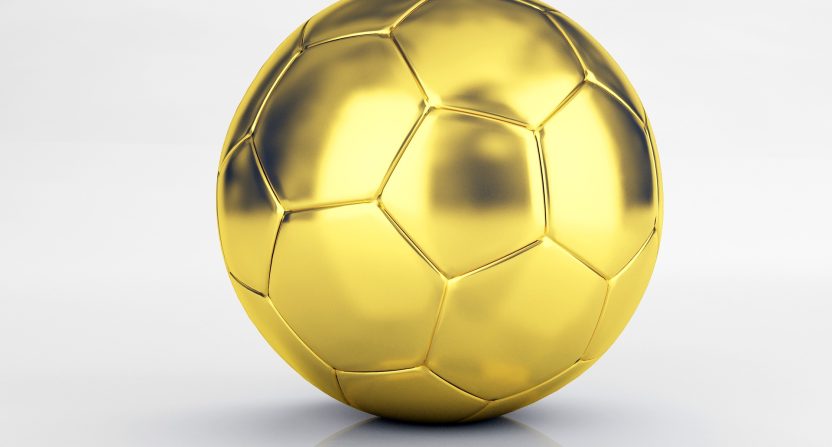 Lifting trophies is typically a career highlight for any soccer player, helping their team to achieve success and being part of a triumphant collective. This is a team sport, after all, yet gaining widespread individual recognition is also greatly appreciated, especially when praise comes from the most respected international journalists.

This is what forms the basis of the annual Ballon d’Or awards, presented by France Football, which features new criteria for voting in 2022. The popular sports magazine has clarified that individual performance remains the key factor, although consideration should also be given to team performance and fair play.

Likewise, voting will be based upon performance during the 2021-22 soccer season, rather than the calendar year as per previous additions. Changes have also been made to the voting pool, with 170 international countries voting for the men’s award, while 50 will now vote for the women’s award this time around.

But before wagering on who might be lifting the respective awards, now is a good time to check reviews for the top football betting sites around the globe, via the latest expert guides published by SBO. They cover everything from where to find the best odds and offers, to tips and advice covering a huge range of sporting markets, plus a whole host of information focused on the beautiful game.

While the final nominee list features plenty of stellar names this year, there appears to be one outright favorite to take the Ballon d’Or award this year. Having previously received nine previous nominations for the award, going all the way back to 2009 when he joined Real Madrid, it now seems French striker Karim Benzema will at last get to lift the iconic award.

Benzema has never made it into the top three, whenever votes were cast by journalists for the previous awards. This is quite surprising when considering his overall contribution to the game, plus the lengthy list of honors won with club and country. During his time as a Real Madrid player, Cristiano Ronaldo has won five awards and Lionel Messi claimed seven, while Luka Modric was the only other winner since 2009.

Given that Benzema is hotly tipped at the shortest odds this year, other contenders would appear to have little chance. Nevertheless, looking at players expected to join him in the top three once votes are tabulated, fellow French international Kylian Mbappe if Paris Saint-Germain is highly fancied to feature, as is prolific Liverpool forward and Egyptian superstar Mohamed Salah.

If the Men’s Ballon d’Or voting appears to be heading in one direction, the same appears to be the case for the Women’s award. Based upon her outstanding individual and collective achievements at FC Barcelona, most people already believe that Alexia Putellas will take the prestigious title again, making her the first female player to claim back-to-back award wins.

Spain international Putellas has enjoyed another phenomenal campaign with Barcelona, who completed the domestic treble for the second season in a row. The talented midfielder also scored 17 goals in just 19 appearances, before her season was tragically cut short, just ahead of competing with her country at the 2022 UEFA Women’s Euro tournament. Taking the iconic Golden Ball award will be just the tonic, ahead of a long road to recovery from an ACL injury.

As for the other leading contenders, Australia Chelsea striker Sam Kerr has enjoyed net-busting form throughout the 2021-22 season, scoring an impressive 29 goals in 31 appearances for her club. French defender Wendie Renard must also be a serious consideration, having played a key part in the success enjoyed by Lyon, who won the Division 1 Fémenine in her home country, and the 2021-22 edition of the UEFA Women’s Champions League.

When the Ballon d’Or awards will be held?

Following the announcement of the final nominee shortlist, published on Friday, August 12, there will be plenty of anticipation ahead of the awards ceremony itself. Well, all we have to do now is wait until Monday, October 17, when the annual gala event will be held in Paris. Until then, may the best of luck be with all the deserving nominees, all worthy contenders and amongst the best players in world soccer.

Buffalo Bills fans have waited patiently for another shot at Super Bowl glory. One has to go back...

Buffalo Bills fans have waited patiently for another shot at Super Bowl glory. One has to go back...