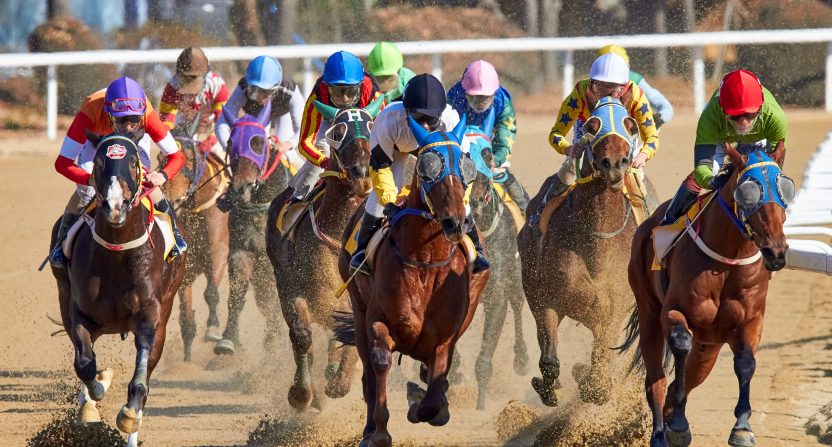 To say the ‘Cheltenham roar’ has been restored this year is massively underselling the influence this boisterous Prestbury Park crowd has had over the Festival’s proceedings. 12 months ago, the event was thrust into deafening silence, overshadowed by fears of the coronavirus pandemic never ending, whilst the best trainers and jockeys were robbed of their moment to bask in the glory of thousands of adoring spectators.

Even the wet weather couldn’t dampen sprits on Ladies’ Day and an emotional Festival is ready to culminate with Gold Cup Day, perhaps the most anticipated event on the entire schedule. The BetOnline bets have been flying in over the last three days but the unpredictability and competitive nature of Prestbury Park’s showpiece events have made things tough to call. We’ve seen Honeysuckle’s dominance, Tiger Roll’s last dance, and Energumene settling scores in the long-awaited Clarence House rematch with Shishkin.

As we head into day five, let’s take a look a look at some of Ruby Walsh’s predictions, as part of the ‘From The Horse’s Mouth’ podcast with Paddy Power.

Kicking things off is the Triumph Hurdle, and Walsh has tipped Gordon Elliott-trained Fil Dor to get things started with a win at 13:30. Elliott is back from his ban and took a strong stable to Gloucestershire this year, something Walsh thinks will prevail early on Friday.

“Vauban is a very good horse but things have changed at Cheltenham due to the weather. I don’t know how dry it’ll be by Friday. That means it’s all pointing to Fil Dor in the Triumph Hurdle. It’s going to be much more of a test of stamina. If it’s still soft I’m on Fil Dor but if it’s dry, I’ll be on Vauban or maybe Pied Piper. Fil Dor is a stronger stayer.”

Attention is then swiftly turned to the Grade Three County Hurdle. Belfast Banter was crowned champion last year but some poor form has since led to Walsh tipping Willie Mullins-trained State Man to continue the Irishman’s good winning run at the Festival so far.

“State Man is well handicapped and I’m siding with him. Inexperience cost Gaelic Warrior earlier in the week and a better jump at the last would have seen him win. State Man will do me, he’s a graded horse in the making.”

Another one of those races that looks extremely tough to call on paper, Walsh has touted Hillcrest to get things done at 14:50.

“It’s a decent race. I was taken by Hillcrest at Haydock last month on heavy ground so we know he can handle the conditions on Friday. It’ll suit Ginto too. Out of the two, I’ll side with Hillcrest but I’m not completely confident.”

This is the big one. Four days of action culminating in the showpiece event — the Gold Cup. To win this race in style is to write you name in Cheltenham folklore and Walsh has tipped Henry de Bromhead-trained A Plus Tard to beat the likes of Galvin and Minella Indo and go one better than last year’s second place.

“I’ve been with A Plus Tard for a long time and I’m not going to change my mind now. It should be relatively easy to turn the Leopardstown form around on Galvin. I’ve always been a sucker for a bit of speed so A Plus Tard will do me.”

Over to the Grade Two hunters chase now and Walsh has said Premier Magic will just have the edge over Billaway and Winged Leader despite being 16/1 at one point.

“The headgear will help Billaway but he’s having a third go at the Foxhunter Chase which doesn’t bode well. Frank has backed Premier Magic so I might copy his homework and do the same!”

The Mares’ Chase should be interesting. Last year we saw it ran for the first time as Willie Mullins was successful with Colreevy. However, Walsh has tipped stablemate Elimay to go all the way this time around.

“I’m in the Elimay camp. She was unlucky last year and the cheekpieces will suit her. I’m hoping she can bounce back from last year. Zambella is a big danger as the trip will suit her.”

The final race to see off four days of action at Prestbury Park. If it’s anything like its predecessors the crowd will almost be burnt out by this point, but nonetheless Walsh has suggested De Bromhead’s Grand Jury can do the business in the last encounter of the week.

“Adamantly Chosen has had three runs over hurdles when finishing second at Fairyhouse and Cork before winning at Thurles. He’s going the right way but I don’t know how good he is. He seems to be in good form but there’s good horses in here at good prices. Hollow Games and Grand Jury are both good prices. I’d side with Grand Jury as there’s a bit more value in the price.”