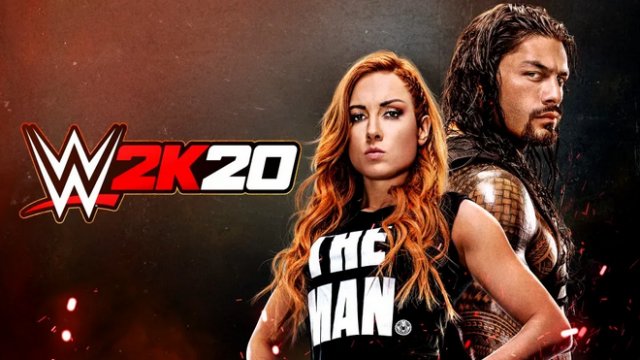 For the longest time this year, it looked like we weren’t getting a new WWE 2K game in 2019. We’re used to the game being launched in October, with previews and information available by the beginning of July. This year, everything was silent. There was no confirmation that a game was in development, and no word of WWE wrestlers being scanned for inclusion in the game. Instead, we were hearing rumors that the all-time classic WWE game “SmackDown: Here Comes The Pain” could be getting a remake in place of the annual release.

Some people were fine with that idea. The WWE2K games had started to feel stale. The complaints were the same every year – the graphics were outdated, the story modes lack depth, and the sandbox ‘Universe’ mode was so riddled with bugs that it was almost unplayable. The entire series could do with a year out for refinement and a rethink. A modernized version of a much-loved game would be more than acceptable in the meantime. There’s nothing to say that it still won’t happen – but we’ve also finally had confirmation that WWE2K20 is on the horizon.

Now we know that we’re getting a brand new game this year, it’s time to outline what we hope to see from this year’s game. WWE2K19 felt like a major upgrade from the previous year, but there’s still plenty more we’d like to see from Yuke’s, and hopefully, the extra few months that have seemingly been spent working on the game have given them more time to make adjustments than we’ve seen in the past.

Regulators can’t seem to agree on whether or not loot boxes are a form of gambling. The USA and the UK say no, Belgium says yes, and others are still thinking about it. Regardless of whether or not they’re a form of gambling, they suck. Loot boxes work to the same principle as mobile slots; you pay money to take a chance of receiving a higher reward, but have no idea what that reward might be worth (if you even get one at all).  We want to stress that there’s nothing wrong with playing casino games. We’d just prefer to play mobile slots when we want to do so, on a dedicated mobile slots website. Mobile slots are honest about what they do, and what they are. When you play mobile slots, you already know the stakes and the odds. Loot boxes in games are something else entirely. After paying a sizeable amount to purchase a brand new game, buyers shouldn’t be expected to carry on paying to make progress through it. Last year’s career mode was hard to navigate without rummaging through loot boxes. We want no such impediments this year.

WWE2K graphics have looked last-gen for the past three or four years. There was a major step up in the quality of graphics from 2K14 to 2K15, but since then, things have stayed the same. Certain wrestlers (especially Dana Brooke and Kevin Owens) look nothing like they do in real life, and they’re on the current roster. The features of several legends – Dusty Rhodes, for example – bear almost no resemblance to their real-life counterparts at all. Hair in the game is laughably bad, hanging from the heads of wrestlers in solid blocks like something from a Playstation 1 or 2 game. This will likely be the last WWE 2K game which is released for a current-generation console. It would be nice if it looked like it belonged on one.

It’s no secret that WWE has been struggling when it comes to providing entertainment recently. Their ratings have sunk through the floor, the fans are unhappy on social media, and with AEW looming large on the horizon they look like they have a directionless and dated product. One of the few high points has been the 24/7 Championship, which has made R-Truth and Drake Maverick into stars. The ‘anytime, anywhere’ feel of the title takes us back to the Hardcore Championship, and we want to be able to play with the title in the game in the same way wrestlers do on television. That means title defenses backstage, in catering, in hotel rooms, and anywhere else 2K can build us a theater of combat.

Because it’s used so sparingly, the War Games matches in NXT feel special. War Games was one of the great inventions of wrestling past, used to great effect in the NWA and WCW, but dismissed by Vince McMahon and ignored by WWE. With two rings, a cage to contain the action, and a structured system for wrestlers to get involved in the match, War Games feels like glorious chaos. Since Triple H brought it back for use in NXT, it’s been a highlight of the wrestling year. NXT needs greater representation in the 2K series in general, and giving the fans the chance to create their own War Games matches would be a real treat. If it could be incorporated into a story or career mode, that would be even better.

Universe mode has been hopelessly broken for years now. This is supposed to be the part of the game with the greatest longevity, because it allows players to book their own angles, create rivalries, compete in title matches, and generally play for as long as they wish. Universe mode never ends – but it gets boring very quickly. Rivalries are largely the same, and make no sense. Promos are incomprehensible gibberish, and irrelevant to the story. There are seemingly only ten or so animations which happen as part of an ongoing rivalry, and you’ll have seen them all within your first few weeks of playing through the game mode. Not only that, things which are supposed to happen never do. Tag teams are supposed to break up or form organically, but it never happens. Royal Rumble winners don’t automatically get their title matches at WrestleMania. Survivor Series angles don’t happen. All of these are listed as features you can switch on or off at any time, but having them switched on does nothing. Something, somewhere, is broken within the code – and 2K have thus far shown no inclination to fix it. It’s way beyond time that someone did.

We don’t feel like any of the above requests are too much to ask from a game which is likely to cost $60 or more (closer to $100 when DLC is taken into account). Have 2K provided us with any of them? If they haven’t, then the game will yet again feel like a minor update on the previous installment, but charged at the price of a brand new release. Soon, we’ll know what 2K has in store for us. Let’s hope we’re pleasantly surprised.

The 10 best NFL players of the decade

The 10 best NFL quarterbacks of the decade

The 12 biggest NFL draft busts of the decade

The 10 best WWE matches of the decade

The 10 worst NFL teams of the decade

What's the best streaming service for a sports fan? 2020 edition