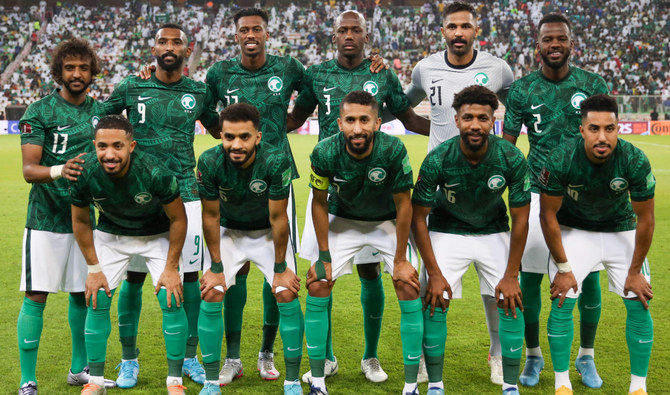 Aside from actually hosting the tournament itself, what could be better for Saudi Arabia than getting to play at the 2022 FIFA World Cup in a neighboring country? The tiny peninsula of Qatar will be the venue for the showpiece football extravaganza, while Saudi fans are certain to flock across the border in massive support of their national team.

The first ever appearance in the World Cup finals for Saudi Arabia came in 1994, when the United States hosted the tournament. Interestingly, this was also their best performance on the global stage, when “The Green Falcons” genuinely defied all expectations, qualifying from a tough group that featured the Netherlands, Belgium and Morocco. In the end, they were eliminated from the tournament by Sweden in the Round of 16 knockout phase.

Saudi Arabia then qualified for the next three consecutive World Cup tournaments, although they failed to win a single game at France 1998, Japan and South Korea 2002, then Germany 2006. Much to the frustration of their increasingly passionate fanbase, the Saudis also failed to qualify for the next two World Cup tournaments, missing out on South Africa 2010 and then Brazil 2014.

Thankfully, the drought would end in 2018 when Saudi Arabia made it to the 2018 World Cup in Russia, featuring in the same group as the host nation. After being thrashed 5-0 in the opening encounter against the Russians, the Saudis then suffered a narrow 1-0 loss against Uruguay, although they did restore some pride with a 2-1 win against Egypt in the final game. Unfortunately, it was too little too late insofar as avoiding elimination was concerned.

One thing is most certainly clear, which is to say that Saudi Arabia will be aiming to compete well at the 2022 World Cup in Qatar. Given the tournament is being hosted in such close proximity to home, it seems certain that eager fans will travel across the border in huge numbers, keen to back their national team. This could provide a huge boost, especially if the players can respond and turn the vocal support into positive results.

Nevertheless, the Saudis find themselves in a very difficult group. They will need to compete against Argentina, Mexico, and Poland, which inevitably makes the team led by head coach Hervé Renard the underdogs. Indeed, current betting to qualify for the knockout phase of the tournament is heavily stacked against Saudi Arabia, although they still have enough potential to be the surprise package.

For those who are currently weighing up the options, Arabian Betting has published a complete guide to the best sports betting sites in Saudi Arabia, which also covers gambling laws in the region and how to bet safely online. This means focusing on reviews for trusted sites where your identity and personal information is protected, along with following the latest advice on how to use VPN software.

Insofar as qualifying from Group C at the World Cup is concerned, odds range between 17.00 and up to around 34.00 for Saudi Arabia, which indicates that fans are well advised to compare odds at different online bookmakers. Thankfully, this is another important area covered by the Arabian Betting, whose experts highlight where the most competitive odds and promotions can be found.

One of the most interesting elements about the current Saudi Arabia national team, compared to most of the others competing at the 2022 FIFA World Cup in Qatar, is the fact that not one of their players is currently playing abroad. Indeed, during the qualifiers against China and Australia in March this year, the squad was formed with a selection of players who represent six clubs in the Saudi Professional League.

While the final squad for the World Cup doesn’t need to be named until October, national team head coach Hervé Renard already seems to be clear about his core selection. Salem Al-Dawsari and Fahad Al-Muwallad will be two of Saudi Arabia’s most important players, both capable of providing creativity and goals at the upcoming tournament. We can also expect the most experienced players to feature, including Yasser Al-Shahrani and Salman Al-Faraj.

One player to watch carefully will be Saleh Al-Shehri, the 29-year-old Al-Hilal striker who has 8 goals in 16 international appearances. He will be the main attacking threat for Saudi Arabia, which means teammates will be looking to keep him fed with plenty of opportunities. Overall, this is a strong and experienced squad of players, more than capable of causing some upsets, able to match any rival team on their day.