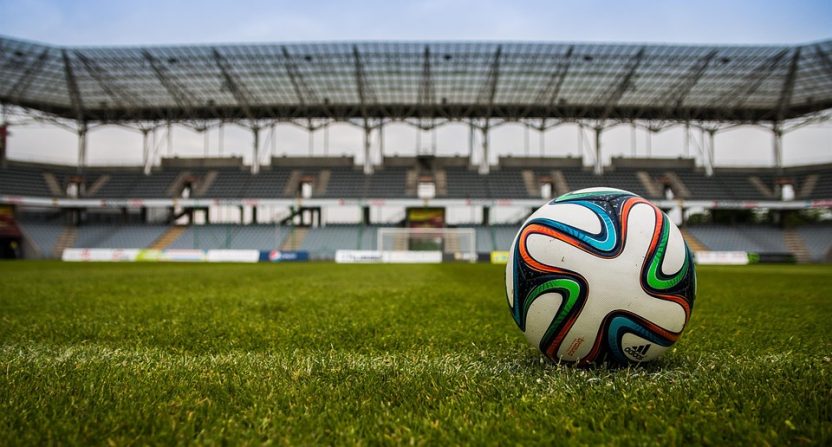 It might be news to some of you, but sport is quite a big deal in the US. And with good reason too. After all, shouting at the TV or looking forlorn in a stadium is so much more fun than following the news. A welcome distraction, you might say.

However, even though many of us love spending hours watching grown men and women play games, there is one sport that is arguably still working to reach its true potential. The MLS has been really developing across recent years and viewing figures have seemingly been on the rise. For instance, the ESPN Press Room revealed that the 2021 season on ABC and ESPN had an average audience of 384,000 across 18 matches. This marked a 50 per cent increase on the regular-season average in 2020.

In comparison, CNN Business recently outlined how Nielsen data had suggested that the NFL viewership has risen, with the league’s average hitting around 17 million across network partners. So, how can the MLS start competing with the top sports in the US, as well as other major soccer leagues across the world? Here, we offer up our not-necessarily-serious views on the issue.

It seems like the MLS does not have the same level of exposure as some of the other big competitions, so it could do a few things to try and boost it. For instance, what about gaming? Soccer is always a big draw in the gaming world and it is used as a theme in everything from console to mobile titles. It has even had an impact in iGaming, as the 888 casino features a host of games based around the sport. The titles on offer at the online casino include Football Champions Cup, Football Glory and even some games in the live casino format.  The site explains how the latter stream from studios with real-life dealers, with the experiences including Football French Roulette and Football Studio. Could the MLS or specific clubs consider launching titles around their brands?

While we are in the mood for questions, should MLS teams also bag themselves a sports documentary deal or two? For example, when Amazon decided to go down the route of soccer TV shows, they called on some big hitters. The All or Nothing series has followed the ups and ups of Manchester City and the fortunes of Tottenham Hotspur, while Amazon has also confirmed that the next instalment will focus on Arsenal. So, is it time for a compelling film or series on US soccer?

We could also bring home the Americans that are making a success of soccer on TV. Losing quality coaches like Ted Lasso to British soccer is not helping the US game at all, particularly when his show on Apple TV+ is winning Emmys.

The power of merch should never be downplayed, particularly when it comes to the world of sport. You might still be wearing the same jerseys from a decade ago, but other people are seemingly buying stuff. After all, a report by Technavio suggests that the licensed sports merchandise market could grow by $4.29 billion between 2021 to 2025. Shirt sales can be a big deal in soccer and this was highlighted by recent research from Lovethesales. The organization found that sales of ‘Ronaldo 7’ shirts reached £187 million this year. This meant it broke the record as the fastest-selling shirt in the history of the English Premier League.

However, teams do not need a big signing to get people wanting a shirt. An eye-catching or stylish design can do the job too. Getting it right could have massive consequences as well, as it is worth remembering that there are times when merch transcends sports and becomes part of everyday life. For instance, in this piece for ESPN, Sam Borden outlines how he has seen the famous New York Yankees hat all over the world – in areas ranging from Georgia to Iceland. The headline even describes them as a “global fashion sensation”.

So, is this level of fame something that the MLS should be striving for? Is it time for a strategy that will make, say, the LA Galaxy home jersey a global icon? Let’s reach for the stars people.

We have already touched upon the devastating loss of Ted Lasso to an overseas league, but the MLS might want to continue with its efforts to develop talent – both on the pitch and the sidelines.

When it comes to coaches, it is worth looking at how things are being done in Germany’s Bundesliga. An article on the league’s official website recently detailed how the average age of coaches in the Bundesliga stands at 45.6. It adds that Bayern Munich coach Julian Nagelsmann was just 28 when he first took over at Hoffenheim. Should the MLS take a similar approach and aim to become a place where young coaches can get vital experience?

In terms of players, it is worth remembering the soccer talent that has emerged from the MLS and the US in general. We’ve talked in the past about Christian Pulisic’s remarkable abilities, while the Bayern Munich site details how Canadian defender Alphonso Davies played for the Vancouver Whitecaps. Last year, the MLS also announced details of the MLS NEXT youth development platform, which has been created in conjunction with youth academies across the US.

All in all, the MLS clearly has a lot of competition when it comes to attracting sports viewers. The viewing figures are moving in the right direction, but the competition has real potential to push forward and get even bigger.

We have absolutely no idea if the issues raised above could be useful, but we still think they are worth a shot right? After all, even if they don’t work, MLS fans will still get to watch some great shows, wear stylish merchandise and see some top talents emerge from the competition.

So, let’s make it happen! Someone get Lasso on the phone, now!