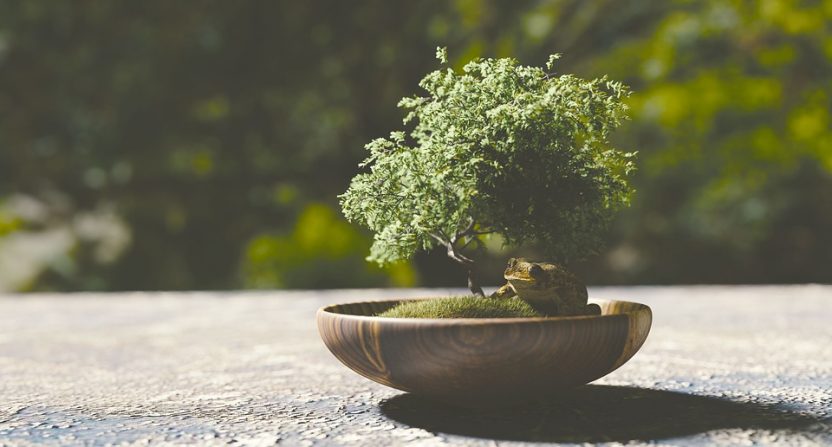 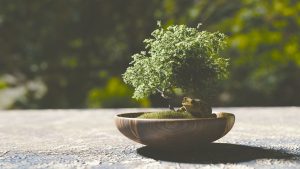 A bonsai tree being cared for by a tiny frog

Many of us have faced that moment in our lives when we have had to deal with the world-crushing disappointment that we will not make it as a talented hockey star. For some of us, it comes at an early age when we realize that skating on ice and hitting a puck with a stick at the same time is actually quite hard, while for others it sinks in around their 40th birthday when they finally realize that dream phone call from the Maple Leafs simply is never going to come.

Few of us will ever develop the skills and talent it takes to be a star, but it is doesn’t stop us from taking an intensive – and occasionally unhealthy – interest in the lives of those who have. For the modern fan, events on the rink or the pitch are only part of a wider experience, as social media and around-the-clock news mean we have more insight into players’ lives than ever before. We know the cars they drive, the houses they live in and get to cry hopelessly over their Instagram posts from luxury holiday locations we will never be able to visit, but do we know what they’re really up to?

However, one genuinely interesting element that tends to intrigue fans is just how the very best ultimately maintain their high level of performance. After all, while only a talented few make a career out of hockey and other professional sports, an even smaller amount then achieve a level of consistency in their play which takes them right to the very top.

Training and performance drills will, of course, play a key role but just what else are they doing in their personal lives to support their efforts? We have absolutely no idea, but we’ve taken it upon ourselves to speculate wildly that it might involve playing cards, tending to small trees and developing an obsession with postal stamps.

Now, we know what you’re thinking. Well, actually we don’t, but we are going to theorize that you’re thinking, ‘OK then, why would poker be useful to a person striving to reach the highest level in the dazzling and often spectacular world of the NHL?’ If that is somehow what you were thinking, we’ll explain.

Poker has grown massively in the past couple of decades, driven by the blockbusting, global success of the Matt Damon and Edward Norton 1998 drama, Rounders, (we might have made that up) as well as the huge interest in major tournaments and events like the World Series of Poker. Online poker has also been on the rise, with likes of 888Poker offering gamers the chance to play a host of variations of the game including Texas Hold’em poker, Omaha Hi-Lo and even 7-Card Stud – which we would guess is a form of poker based around seven cards. However, while poker is, of course, a great opportunity to gamble, many would have you believe that it is a whole lot more than that.

For example, there are people like PokerDivas who claim the game can be used in corporate team-building exercises as it encourages strategy and also the ability to read people’s personalities and motivations without verbal cues. While we much prefer team-building days that revolve around mercilessly targeting the boss in paintball, you can see why these elements may have encouraged sportspeople to embrace the game through the years. Tennis stars like Rafa Nadal and Boris Becker have enjoyed the game, as have soccer’s two most famous Ronaldos and even former hockey players like Greg Mueller. It may simply be the case that poker gives them the same thrills as throwing a ball around the pitch/field with whatever instrument they use to do that, as it allows them to think strategically, concentrate and adapt their play in order to ultimately be successful.

Tending to your bush

If playing cards for large amounts of money simply seems too exciting for hockey players after a hard-fought battle on the ice, we think another pastime could help them CULTIVATE the right mentality, GROW a real sense of responsibility and TRIM off the personality traits that are holding them back. You’re all going to be really impressed with how well-integrated those puns are when you read the next paragraph.

While none of us here at Sports Pickle Tower (editor’s note – it’s not a tower) are buying the story that a stranger told us in a bar the other night about Steven Stamkos tending to his 23 prized Japanese Maples every day before training, we do think keeping bonsai trees could be a worthwhile practise for hockey players to LEAVE aside at least some of their time for. That one wasn’t exactly grammatically correct, we apologize.

In an article on Medium, the fine minds at Green Décor talk about how looking after our friendly neighborhood plants can offer a host of health and psychological benefits. The plants are thought to help to relieve stress, while caring for them may keep you patient and ensure you maintain a level of determination in even the smaller tasks you set your mind too. Furthermore, it is also claimed they could help to cure sore throats and tiredness. And speak to us in our dreams.

Ultimately, bonsai is Japanese for responsibility (not true). Keeping them is about showing dedication, a desire to grow as a person and the potential to stay free from colds at crucial times in the NHL season. That makes them a no-brainer for hockey players in our book. Our very small book that has a few paragraphs on the NHL in it and a nice picture of a bonsai tree.

But even if caring for bonsai trees simply seems too exciting a pastime for hockey players, they could always consider the noble art of stamp collecting. While we have not sadly been able to indulge in much philately lately – see what we did there? – there is no doubt it is a true classic when comes to finding a hobby. Plus, I guess it beats driving around in high-performance cars and meeting Drake at an after-show right? Nothing beats licking a bit of sticky paper in our very small book that has a few paragraphs on the NHL in it, a picture of a bonsai tree and a couple of old stamps in the back that we forgot to tell you about.

While, again, we’re not wholly convinced by the claim by another guy at the bar the other night who said his friend’s uncle’s dog told him that the Boston Bruins captain, Patrice Bergeron, has a 2,000-piece Disney Princess stamp collection – it really was a weird evening – we think it is worth taking a moment to talk about the benefits of this fine tradition.

According to experts talking to AZCentral.com, the hobby is great for kids in particular as it offers patience and focus, gives them a chance to develop an expertise in something, and also cuts down on their screen time. This all sounds like something a fair few NHL players could do with in our opinion, so we think it is the only way forward. Furthermore, taking up stamp collecting will mean they have no friends, so there’ll be less off-the-field distractions!

So there you have it – a very clear and, some would say, occasionally researched piece which highlights why NHL stars need to bring a bit of bonsai, poker, and stamp collecting into their lives. Actually, considering several of the pastimes revolve around patience, relieving stress and taking responsibility for your actions, we think they could be useful here at Sports Pickle Tower (editor’s note – it’s still not a tower) too.

Saying that, it may even be worthwhile for sports fans and, well, even the entire world to embrace these hobbies. Could they actually hold the secret to us all reaching our full potential? On that note, I’m off to play some online poker while trimming my Juniper and browsing eBay to complete my USPS Star Wars collection. did I mention that all these things make you a great multitasker as well?

The 10 best NFL quarterbacks of the decade

The 10 best NFL teams of the decade

'Saved by the Bell' reboot: Zack Morris returning as governor of California, Kelly Kapowski also 'in talks' to return

The 10 best NFL players of the decade

The 10 best WWE matches of the decade

Can ESPN put their Monday Night Football announcing troubles behind them this offseason?