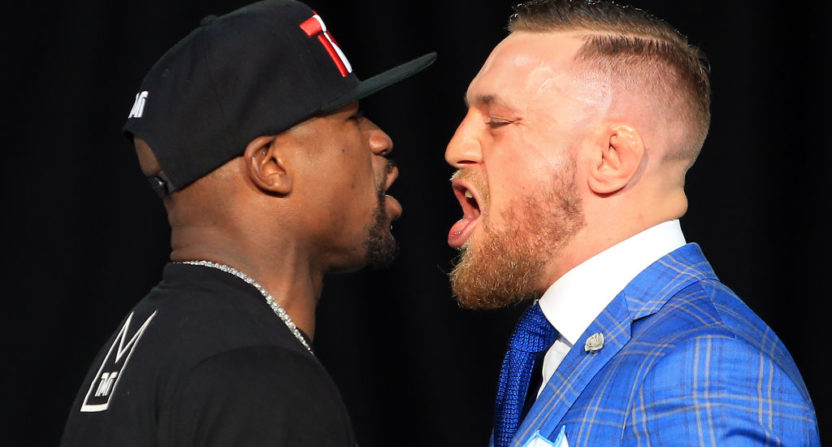 It’s not so long since UFC felt like it was about to become ‘the next big thing’ in combat sports. It had all the over-the-top drama of professional wrestling without the drawback of being fake, and it could outdo boxing for knockouts and in-fight drama. Brock Lesnar and Conor McGregor were drawing huge PPV buy-rates in the men’s weight divisions, and Ronda Rousey was equally as big a draw – if not bigger- for women. Mixed martial arts was cool, and the athletes who excelled at it were household names.

Since those heady days, only the keenest of UFC loyalists would refuse to accept that the spotlight has dimmed somewhat. Brock Lesnar packed up his bags and headed back to pro wrestling after a damaging defeat, Ronda Rousey decided to go and check out the whole pro wrestling thing for herself and see if it was easier to make money that way, and perhaps the less is said about Conor McGregor’s past year, the better. To say that he’s had some issues with the law would be an understatement. UFC has lacked star power, and without star power, it’s failed to attract headlines. A company that was once sure to attract more than one million pay-per-view buys for a big show is now struggling to attract one hundred thousand.

None of this has gone unnoticed by UFC, the networks that host UFC events, and UFC President Dana White, who at this point will try almost anything to try to recapture the lightning that’s somehow escaped from his bottle. UFC was so mainstream a mere three years ago that EA Sports were making MMA games instead of boxing games. There’s even an official UFC online slots game. The companies and websites which make online slots games only go for broad and general themes, with the intention of capturing as wide an audience as possible. The fact that there’s not only a game licensed by the UFC but also a series of other MMA-themed Online Slots proves that there was once a huge audience out there for the sport. Presumably, if the sport could be presented to them the right way, that audience would still exist.

The purpose of this article is not to denigrate the athletes who currently compete in UFC, all of whom are tough, dedicated fighters who give everything when they’re in the cage. Dedicated UFC fans could probably name twenty or thirty UFC fighters off the top of their head without pausing to think about it. The problem is that casual sports fans – the type of fan that the sport needs to bring back in if it’s to have a future – might not be able to name anybody at all. One in every five people might be able to name Nate Diaz. The majority of people you asked would probably think that Rousey or McGregor was still active within the sport.

White has been trying to create a new star for several years now. The fact that he’s so keen to develop a star is probably why the ultra-charismatic former WWE Champion CM Punk was allowed to fight in UFC for a second time after being comprehensively beaten in his first outing. His second outing was no better, and White eventually had to conclude that Punk wasn’t going to become a marquee fighter. Brock Lesnar was cautiously welcomed back into the fold, but then failed a drug test and was cast out again. That left White with one option -and it’s an option that comes with baggage.

As you’re probably aware already, Conor McGregor is back in UFC and will be fighting in January 2020 against ‘Cowboy’ Donald Cerrone. It will be the Irishman’s first fight since he was beaten convincingly by Khabib Nurmagomedov in October 2018. That isn’t the real story, though. McGregor should win that fight easily, and if he doesn’t do so, he’ll probably never fight again. The real story is that one of the greatest boxers in history is allegedly also gearing himself up to make an appearance inside a UFC cage. That man is, of course, Floyd Mayweather jr. The iconic 42-year-old fighter recently confirmed that he was ‘coming out of retirement’ in 2020.

The wording of that statement is extremely important. Mayweather didn’t say that he was returning to boxing. If it was his intention to do so, he would surely have said it. He’s also confirmed that he’s been in prolonged discussions with Dana White. It’s plainly obvious for anyone to see that Mayweather is looking for a big UFC payday – and if he is, there’s almost certainly only one man he’s planning to fight. That would be McGregor.

We’ve been here before. Mayweather and McGregor clashed in 2017 when McGregor stepped into the unbeaten boxer’s world and made his professional boxing debut. Although the fight was written off as a ‘freakshow’ and a ‘circus’ ahead of the event, it ultimately transpired to be an enjoyable occasion that Mayweather eventually won by stoppage in the 10th round. He was expected to beat McGregor easily, but most observers felt that the cage fighter won the first two to three rounds before Mayweather found his rhythm. There was talk after the fight that Mayweather would return the favor by stepping into McGregor’s world for a return fight, but there’s been no sign of it happening until now.

Dana White is clearly planning to give the world Mayweather vs. McGregor II, and based on the revenue that the fight attracted last time around, there will be a large audience for it. So long as McGregor overcomes Cerrone in January – which ought to be a formality – we can probably expect the fight t happen in the middle of next year. It will bring new eyes to the UFC, and it may bring back old eyes who haven’t looked at the product for some time. It will also provide a welcome cash boost for UFC’s ailing accounts. What it won’t do is give White a new star. Mayweather is unlikely to fight more than once, and even if McGregor doesn’t retire, he has fewer fights ahead of him than in his past.

Should McGregor and Mayweather meet in a UFC cage, the biggest issue for White won’t be whether the two men can draw money and put on a show – he already knows he can. It’s who he can put on the undercard and position as a star that the audience want to spend money watching at the next event, and the one after that.

Chadwick Boseman made a major cultural impact in far too short a time with portrayals of Jackie Robinson, Black Panther

How to Place Legal Bets Online For the Florida Gators Gambling laws across the United States have been...

(SP) – A new study by the Foundation for Sport Research has found that the vast majority of...

The NBA finals is one of the most watched events of the sporting calendar, and only the best...

Why the College Football Playoff won't expand in 2020

How to Place Legal Bets Online For the Florida Gators Gambling laws across the United States have been...

(SP) – A new study by the Foundation for Sport Research has found that the vast majority of...

The NBA finals is one of the most watched events of the sporting calendar, and only the best...