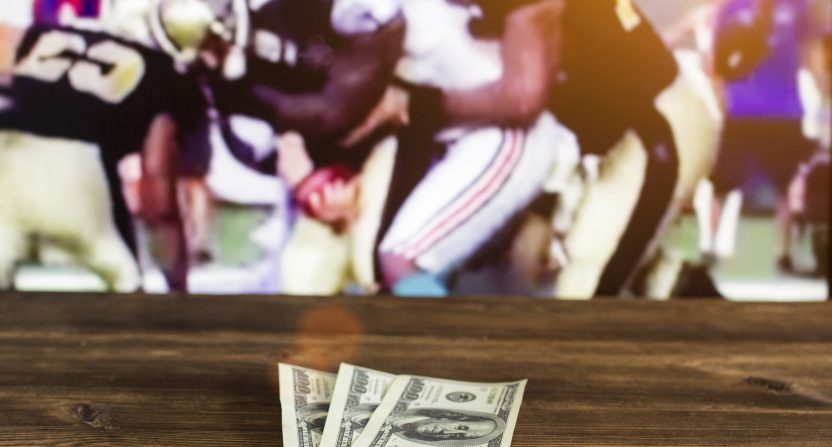 The National Football League (NFL) daily fantasy sports (DFS) are a subset of traditional fantasy sports wherein the games happen over short periods instead of an entire season. Games in NFL DFS tend to happen in one-day or one-week periods. Hence, betting on the different matches can make you richer (or poorer) at a faster-than-average pace.

Thus, consider reading through the rest of this article to help you generate winning picks for NFL DFS. 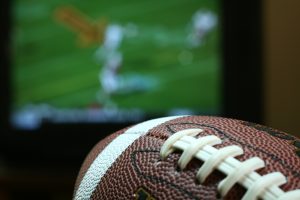 Many veteran NFL DFS players understand that the odds won’t always favor one particular team. You can parallel this concept by looking at Texas Hold’em poker.

In Texas Hold’em, a player can hold a winning hand that triumphs over other participants’ cards in the table. For example, that player may hold two aces in their hand. However, an opponent goes for an ‘all-in’ with two kings. Therefore, the player with the two aces should have about an 80% chance of winning the individual’s entire pot with the two kings.

However, you can’t disregard the remaining 20% probability of losing. A superior hand can still lose if the dealer presents cards in favor of the person holding the two kings.

A similar scenario can also happen in NFL DFS, minus the cards. For instance, you can pick the team with the best players for every match by looking at their above-average statistics. But, the tides may turn against the favor of that ‘best team.’

Understanding and embracing change will help you become a profitable player in NFL DFS or with online gambling via BetOnline. You might encounter some bad runs, even when you pick the best teams. Hence, it’s best to put on a different lineup than your opponents each day instead of sticking to one team every time.

Many DFS games run based on salary caps and the exclusive prices fixed by each gaming site. An algorithm tends to calculate the results of a built-in mathematical formula. Furthermore, these results tend to be objective. Nonetheless, many NFL DFS players tend to ignore last-minute news.

For instance, one player suddenly plays poorly for a specific role, like the 60-yard shuttle run or the broad jump. Conversely, an NFL player becomes injured before a big match.

Note that any NFL player with poor performance or becomes injured tends to be worth less than physically-fit participants. So, if you miss the news about a recent injury or poor drill performances, you might end up picking teams with a high chance of losing.

You have several tools at your disposal in NFL DFS, especially in evaluating each player and their salary. For instance, search the Internet for NFL oddsmakers, and you should see dozens of sites offering reviews and statistics for different football players.

You might think that there’s nothing wrong with sticking to one oddsmaker since the site presents data with high chances of winning. But, keep in mind that any oddsmaker doesn’t have a 100% chance of figuring out winning guesses.

It should be part of your daily tasks to watch NFL games, stream highlights, and research current events in the American football world. Gather data with the estimates shows by different oddsmakers to help you generate picks with high probabilities of winning.

Use The ‘Late Swap’

‘Late Swap’ is a feature offered by some DFS gaming sites. This allows you to swap out players before their kickoff. However, some websites will lock the roster at the first game, leaving you no choice but commit to your pick. Using this feature can become an excellent fail safe command, especially if a football player becomes injured in the middle of a match.

Note that you can use ‘Late Swap’ in two ways. The first method is to ensure that you’re putting a player in your flex position. This participant should also have the latest start time. In return, if you need to swap out a pick, you can swap that individual with any skill position.

The other method is to use the feature based on your intuition. For example, you might be running out of cash in your bankroll, but you still have a Monday Night player in your current lineup. Perhaps, you have a good inkling that you’re not going to generate enough ground to recover your losses for that night.

So, use the ‘Late Swap’ to swap out one football player with another with low ownership, especially if that participant may have a good chance of having a breakout performance.

Always be careful in drafting your picks in NFL DFS. Remember, don’t be afraid to embrace changes in your usual lineup. Also, keep a watchful eye on the news and listen to various oddsmakers to help you decide your top picks for the day or week. Last, don’t set picks based on emotion alone, as doing so will increase your chances of losing the cash in your bankroll.